Zambia among Countries on Course to Eliminating Malaria 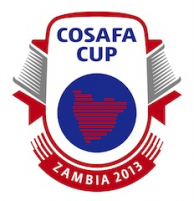 Zambia together with Rwanda and Zanzibar are said to be countries sustaining malaria control with the hope of moving towards the elimination of the disease that is said to kill one child in Africa every 60 seconds.

UAM programme manager for South Africa Ann McCartney-Melstad, however, said there was need for more political will among all African countries if the continent was to achieve total elimination. “We need political leaders across Africa to unite against malaria so that all African countries can eventually achieve elimination. Malaria is a preventable and treatable disease,” she said. She observed that Zambia had made several interventions which had drastically reduced the prevalence rate, especially along the line of rail, with Lusaka and Copperbelt provinces leading in the number of households using insecticide treated mosquito nets. Ms McCartney-Melstad was speaking during the fight against malaria UAM/Council for Southern Africa Football Associations (COSAFA)/Stanbic media workshop held at Moba Hotel in Kitwe on the sidelines of the regional soccer championship.

On some cases in rural areas where the insecticide treated mosquito nets were used to catch fish, Ms McCartney-Melstad said those were isolated cases that were also in the minority and called on the media to sensitise the public on the dangers of malaria. During the workshop, Mopani Copper Mines (MCM) and the ministry of Health National Malaria Control (NMCC) made presentations on their respective interventions in the fight against the disease. By 2015, the NMCC intended to strengthen integration of malaria control services with other health sectors like maternal and child health as well as non-health sectors which include education, agriculture, environment, local authorities, and civil society. The ministry also targeted to reduce malaria transmission to zero within five districts in Zambia by 2015, thereby leading the country towards malaria elimination and strengthening surveillance, monitoring and evaluation systems so that key indicators were routinely monitored. The UAM campaign, which was launched in 2010 during the FIFA World Cup in South Africa, has used renowned sports stars like Didier Drogba, who himself has had malaria before, and Christopher Katongo to put across the message against malaria.

Malaria, Tuberculosis, HIV/AIDS and other diseases make the sixth United Nations Millennium Development Goal (MDG) targeting to reverse the incidence of malaria to near zero deaths by 2015.